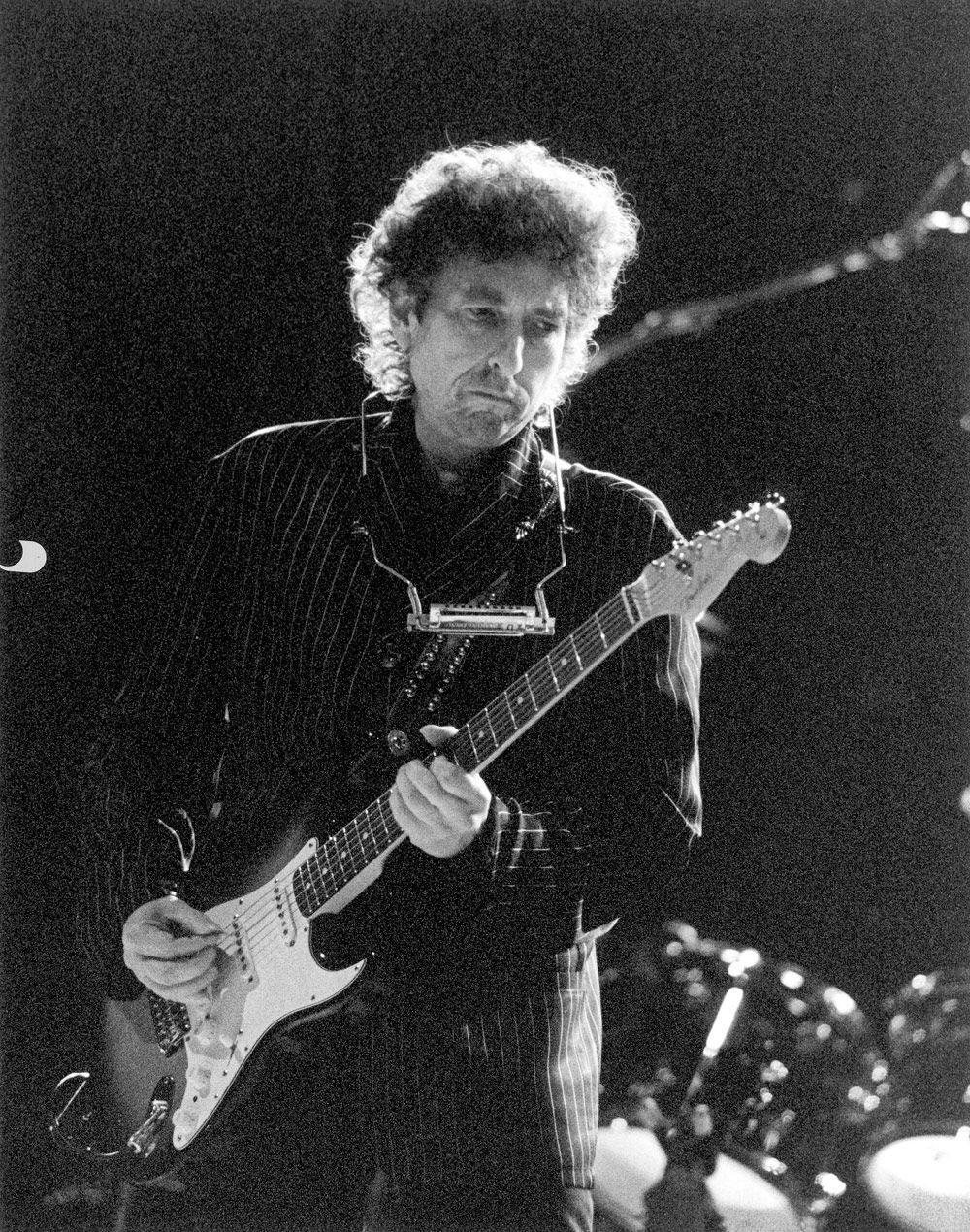 There must be some way out of here
Said the joker to the thief
There’s too much confusion, I can’t get no relief

Recorded November 6, 1967 @ Columbia Studio A, Nashville, Tennessee. The song initially appeared on his 1967 album, John Wesley Harding, and it has been included on most of Dylan’s subsequent greatest hits compilations. Since the late 1970s, he has performed it in concert more than any of his other songs. Different versions appear on four of Dylan’s live albums.

Businessmen, they drink my wine, plowmen dig my earth
None of them along the line know what any of it is worth

“No reason to get excited,” the thief, he kindly spoke
“There are many here among us who feel that life is but a joke
But you and I, we’ve been through that, and this is not our fate
So let us not talk falsely now, the hour is getting late”

All along the watchtower, princes kept the view
While all the women came and went, barefoot servants, too

Outside in the distance a wildcat did growl
Two riders were approaching, the wind began to howl