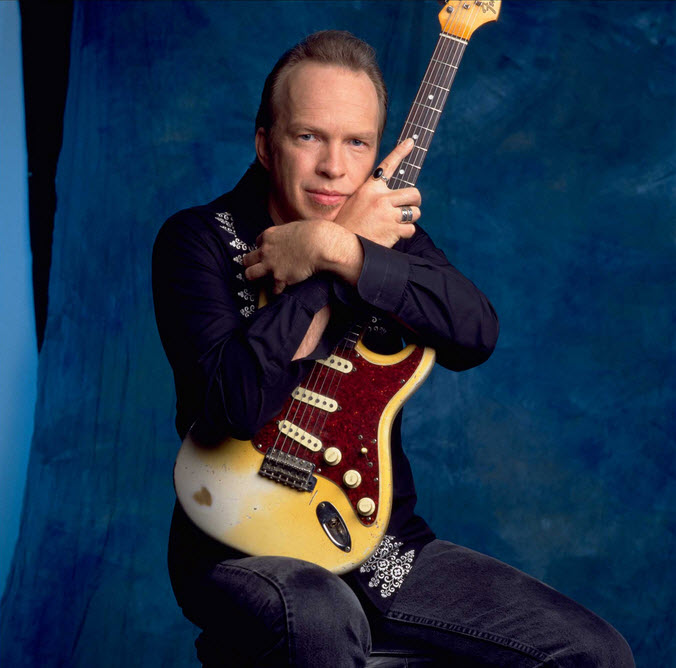 Dave Alvin (born November 11, 1955, in Downey, California), is a Grammy award winning guitarist, singer and songwriter and a proponent of Americana music. He is a former member of The Blasters, X, and The Knitters.

..saw him him and his brother Phil in Oslo a few years back, had a blast! From allmusic.com (Mark Deming):
Dave Alvin helped to kick-start the American roots rock scene in the early ’80s with the band the Blasters, and has since gone on to a career as a solo performer, songwriter, producer, and sideman that’s been as well respected as it is eclectic. Born in Downey, California in 1955, Alvin was raised by a family of music fans, and as teenagers Dave and his older brother Phil immersed themselves in blues, rockabilly, and vintage country sounds, collecting rare records and attending nightclub performances by the likes of T-Bone Walker, Big Joe Turner, and Lee Allen. Like many fans, the Alvin brothers wanted to play music influenced by the sounds they loved, and in 1979 they formed the Blasters with fellow Downey residentsBill Bateman and John Bazz. Combining the revved-up energy of punk rock with an enthusiastic embrace of classic American sounds, the Blasters became a sensation in Los Angeles and won an enthusiastic cult following across the United States and Europe. However, the Blasters were unable to translate their critical respect and enthusiastic fan base into mainstream success, and in 1986 Dave left the band. Phil Alvin continued to front various lineups of the Blasters, and in 2002 Dave joined forces with Phil, Bill Bateman, and John Bazz for a short series of Blasters reunion shows. Mark Deming again:
Dave Alvin summed up his work as well as anyone could when he quipped, “There are two types of folk music: quiet folk music and loud folk music. I play both.” Alvin shows off his skill on both sides of the volume divide on 2011’s Eleven Eleven, where he reaffirms his status as one of the best and most distinctive American songwriters alive. There are few artists who can match Alvin’s gift for creating vivid characters and bringing their lives to life through music, and Eleven Eleven finds him near the top of his game as a tunesmith, while also showing off his estimable skills as a guitarist. Whether he’s digging into the dirty details of Johnny Ace’s death in 1954, embodying a man who may kill a powerful politician for money, focusing his powers of seduction on one woman in a dirty nightgown, or swapping stories of an old friend’s adventures on both sides of the law, Alvin’s lyrics give the people he sings about depth and detail, and they’re crafted with the skill of a talented novelist.
…read more @ allmusic.com