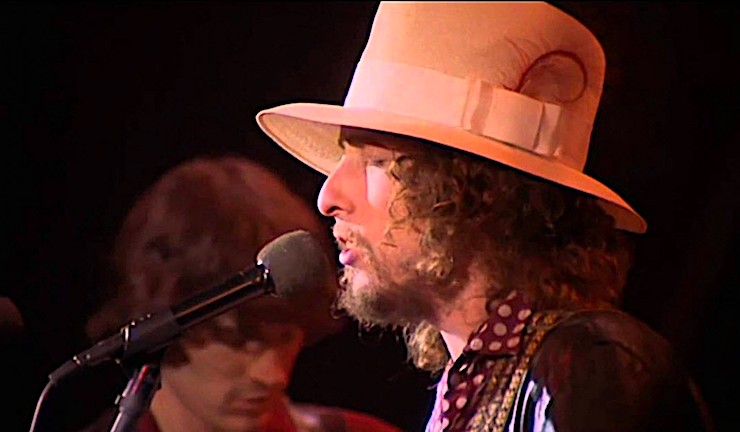 … at THE LAST WALTZ, Neil Diamond came off stage and said to Dylan, “You’ll have to be pretty good to follow me”. Dylan came back with: “What do I have to do, go on stage and fall asleep?”
~Ron Wood

Dylan was among those taking part, and though it was far from his best performance, he was sympathetically filmed, as were The Band when they were on stage with him—perhaps especially Levon Helm, in fact, whose keen relish of Dylan’s unpredictability is captured beautifully.
~Michael Gray (The Bob Dylan Encyclopedia

on “I shall be Released”: