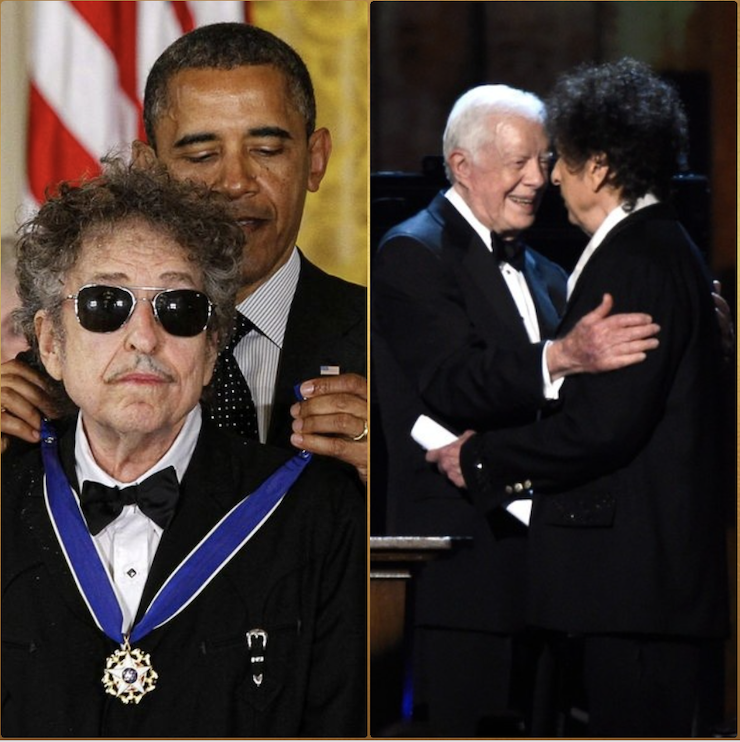 Goodness hides behind its gates,
But even the president of the United States sometimes must have to stand naked.

Quit Your Low Down Ways

Now, you can run down to the White House,
You can gaze on the Capitol Dome,
You can knock on the President’s gate, pretty mama,
But, you know, it’s gonna be too late

I Shall Be Free

Well, my telephone rang, it would not stop.
It’s President Kennedy calling me up.
He said, “My friend, Bob, what do we need to make the country grow?”
I said, “My friend, John, Brigitte Bardot,
Anita Ekberg, Sophia Loren.
Country’ll grow.”

While preachers preach of evil fates,
Teachers teach that knowledge waits,
Can lead to hundred-dollar plates,
Goodness hides behind its gates,
But even the president of the United States sometimes must have to stand naked.

The 7th is “Joey”, but the the lyrics mentions “President Street”, so it is not that relevant.