From Wikipedia:
The Hellacopters are a Swedish garage rock band that was formed in 1994 by Nicke Andersson (vocals and guitar), Andreas Tyrone “Dregen” Svensson (guitar), Kenny Håkansson (bass) and Robert Eriksson (drums). Andersson (sometimes known as Nick Royale) had been the drummer for death metal band Entombed and Dregen was taking a break from his full-time band Backyard Babies. Dregen and Eriksson had been roadies for Entombed, while Håkansson was a childhood friend of Andersson’s. The Hellacopters were initially conceived as a side project for Andersson and Dregen, but it eventually became the main songwriting and performance vehicle for Andersson. The band, together with The Hives, is considered one of the most important Swedish bands in the garage rock revival and one of the most influential rock bands in Sweden.

Also check out the very fine documentary on the band: 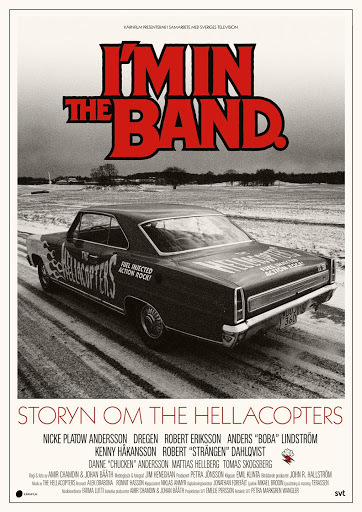 Description from Letterboxd:
Follow a journey from the early 90’s in Stockholm when a bunch of musicians led by Nicke Andersson decide to start what became the rock band that inspired a whole generation of music lovers around the world, praised by their fans and worshiped of their idols. In a series of personal portraits, we follow the band’s ups and downs for 25 years.

One thought on “Video of the day: Hellacopters – All Along The Watchtower”