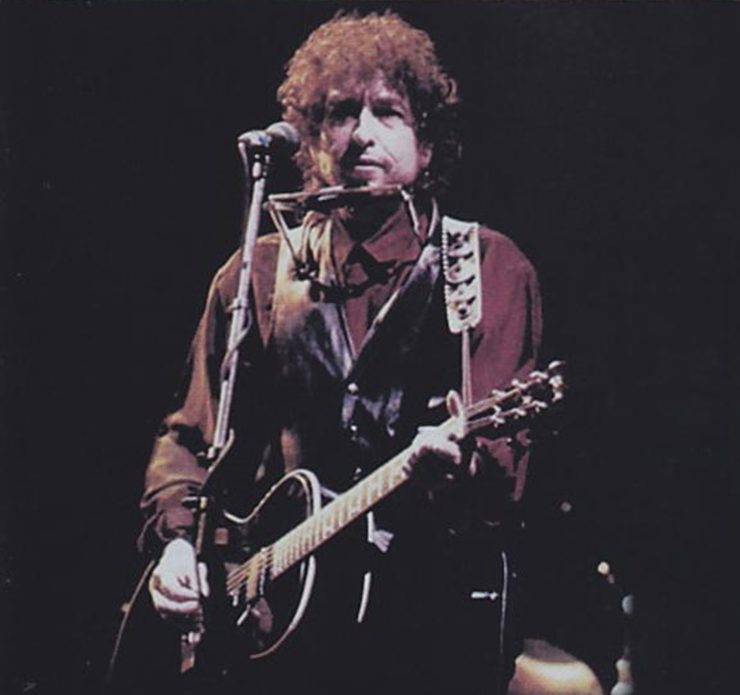 Ring them bells, ye heathen, from the city that dreams,
Ring them bells from the sanctuaries cross the valleys and streams
For they’re deep and they’re wide and the world’s on its side
And time is running backwards and so is the bride.

This brilliant song has been performed 31 times live by Dylan.

Ring them bells, St. Peter, where the four winds blow,
Ring them bells with an iron hand so the people will know.
Oh, it’s rush hour now on the wheel and the plow
And the sun is a-going down upon the sacred cow.

Ring them bells, sweet Martha, for the poor man’s son,
Ring them bells so the world will know that-a God is one.
Oh, the shepherd is asleep where the willows weep
And the mountains are filled with lost sheep.

Ring them bells, St. Catherine, from the top of the room,
Ring them from the fortress for the lilies that bloom.
Oh, the lines are long and the fighting is strong
And they’re breaking down the distance between a-right and wrong.

One thought on “Bob Dylan: 5 Great live versions of “Ring Them Bells””