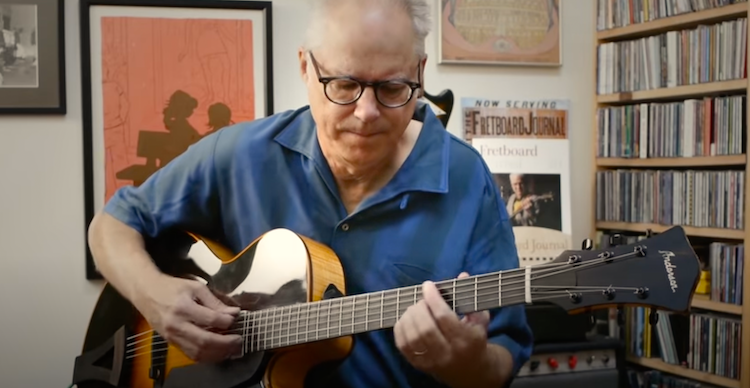 I saw the Beatles on the Ed Sullivan Show just before my 13th birthday, right when I was getting into guitar.. It was massively huge in the effect it had on my whole life. … John Lennon’s music has been with me, the band, everybody, the world … it seems like forever. The songs are part of us. In our blood.
–> Bill Frisell (2012)

William Richard Frisell (born March 18, 1951) is an American guitarist, composer and arranger. One of the leading guitarists in jazz since the late 1980s, Frisell came to prominence as a stalwart for ECM Records.

Frisell released the album “All We Are Saying” in 2011. It consists of songs written by John Lennon, both as a member of the Beatles and as a solo artist, arranged and performed in Frisell’s definitive style.
Here are some studio and some live versions…