“Now that we are older, I hear people my own age (I’m in my early 50s) putting down the music of today. Sure, like any other age, there is no shortage of crap that sells, and with the easy availability of literally thousands of releases and a certain crashing of the once-prevalent gatekeepers, it might be harder to know what to look for, but I would like to go on record as saying that some of the finest songwriting I’ve ever heard is occurring right now.
…
To Pimp a Butterfly is the long-awaited follow-up album by Kendrick and it certainly does not disappoint. From the provocative cover shot to the opening song, it’s clear that he intends to build on his already formidable reputation at the front line of our social consciousness with his raps on the current state of affairs, especially regarding our country’s stilted attempts to own up to its racial legacy and where it stands in this era of “we’ve come so far but still have so far to go.” Many people on both sides of the spectrum are discussing it and a few are trying to address it in their art or writing but, to me, no one is addressing it all with so clear a voice and such literary eloquence as Kendrick Lamar.”
– Patterson Hood (Drive-By Truckers)

I couldn’t say it better, so I let Mr. Hood tell us.

Musically it’s very heavily jazz influenced (or, this is how I see it), with contributions from some great musicians, both from the “jazz world” and the “rap world”.

From Wikipedia:
To Pimp a Butterfly is the third studio album by American rapper Kendrick Lamar. It was released on March 15, 2015, by Top Dawg Entertainment and Aftermath Entertainment. The album was recorded in studios throughout the United States, with executive production from Dr. Dre and Anthony “Top Dawg” Tiffith. Boi-1da, Flying Lotus, Terrace Martin, Pharrell Williams, Knxwledge, Sounwave, Thundercat and several other hip hop producers also contributed. Its music was influenced by aspects of funk, jazz and spoken word.

It debuted atop the Billboard 200 and received widespread acclaim from critics, who praised its musical scope and the social relevance of Lamar’s lyrics. 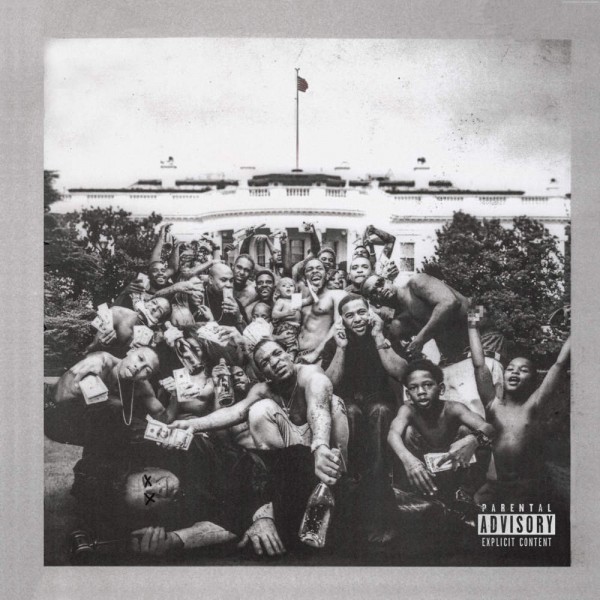 “What does it all boil down to? To Pimp a Butterfly is an album with more to say about contemporary America – race relations, the country’s foundations on the slave trade, the vast inequalities dictated by money and skin colour, the dysfunctional relationship between the sexes, fame and more – than you might read in many so-called Great American Novels.”
– Drowned In Sound