“In addition to the kind of 1930s/Depression/ Dust Bowl thing we’ve always had going on, there’s a pretty strong 1970s thing going on, too”
– Gillian Welch

Rawlings and Welch have been making music together for many years, releasing albums and playing concerts both under the name “Gillian Welch” and “Dave Rawlings Machine”, I guess, depending upon which one of them is doing most of the lead singing. Dave’s voice is a bit more prominent on the Dave Rawlings albums, and they sound a bit less Apalachian or old-time country music.

But Gillian Welch told the Wall Street Journal a few years ago, “We’re the artist.”

The Trip is the best new “Bob Dylan song” released in 2015, great lyrics, wonderful melody, and very Daylanesque in the build up and verse progression in a spoken words stream-of-consciousness manner. One of the best songs this year.

Beautifully captured on tape with the mix of spontaneity and professionalism expected from a Rawlings/Welch performance, Nashville Obsolete has something of a brooding grandeur to it with standouts like “Short Haired Women” and the meandering, 11-minute “The Trip” feeling bigger and deeper than the small group of players producing them.
– Timothy Monger (Allmusic) 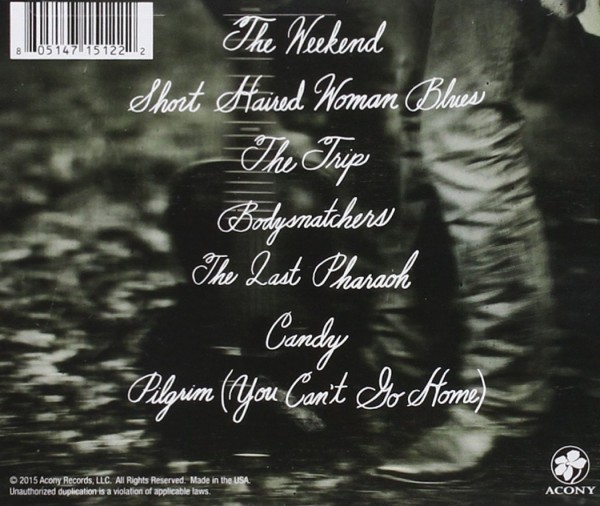