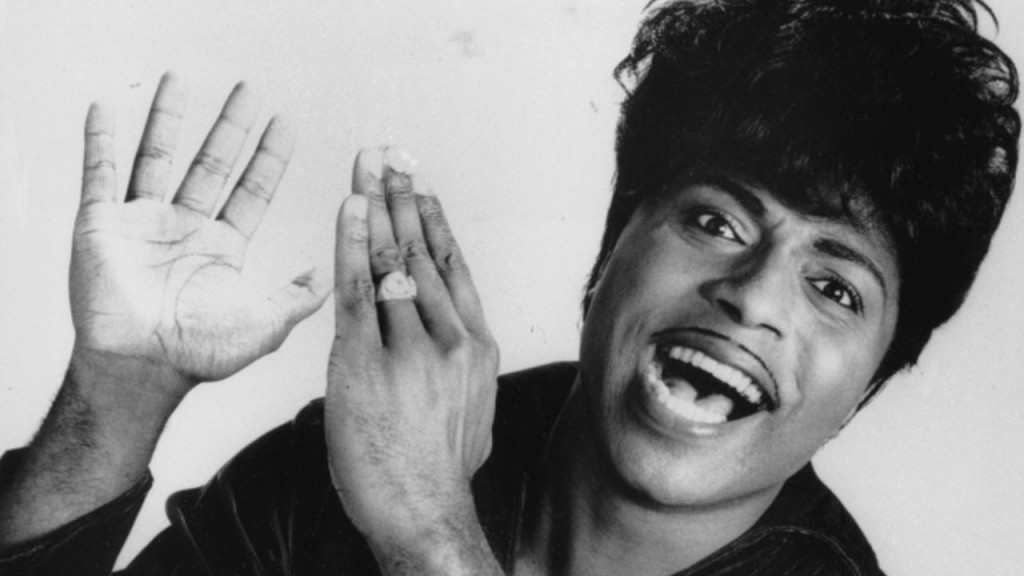 He claims to be “the architect of rock and roll”, and history would seem to bear out Little Richard’s boast. More than any other performer – save, perhaps, Elvis Presley, Little Richard blew the lid off the Fifties, laying the foundation for rock and roll with his explosive music and charismatic persona.
~Rock & Roll Hall of Fame website Richard Wayne Penniman (born December 5, 1932), known by the stage name Little Richard, is an American singer, songwriter, musician, recording artist, and actor, considered key in the transition from rhythm and blues to rock and roll in the mid-1950s. He was also the first artist to put the funk in the rock and roll beat and contributed significantly to the early development of soul music. One of the original rock & roll greats, Little Richard merged the fire of gospel with New Orleans R&B, pounding the piano and wailing with gleeful abandon. While numerous other R&B greats of the early ’50s had been moving in a similar direction, none of them matched the sheer electricity of Richard’s vocals. With his bullet-speed deliveries, ecstatic trills, and the overjoyed force of personality in his singing, he was crucial in upping the voltage from high-powered R&B into the similar, yet different, guise of rock & roll.
~Richie Unterberger (allmusic.com)