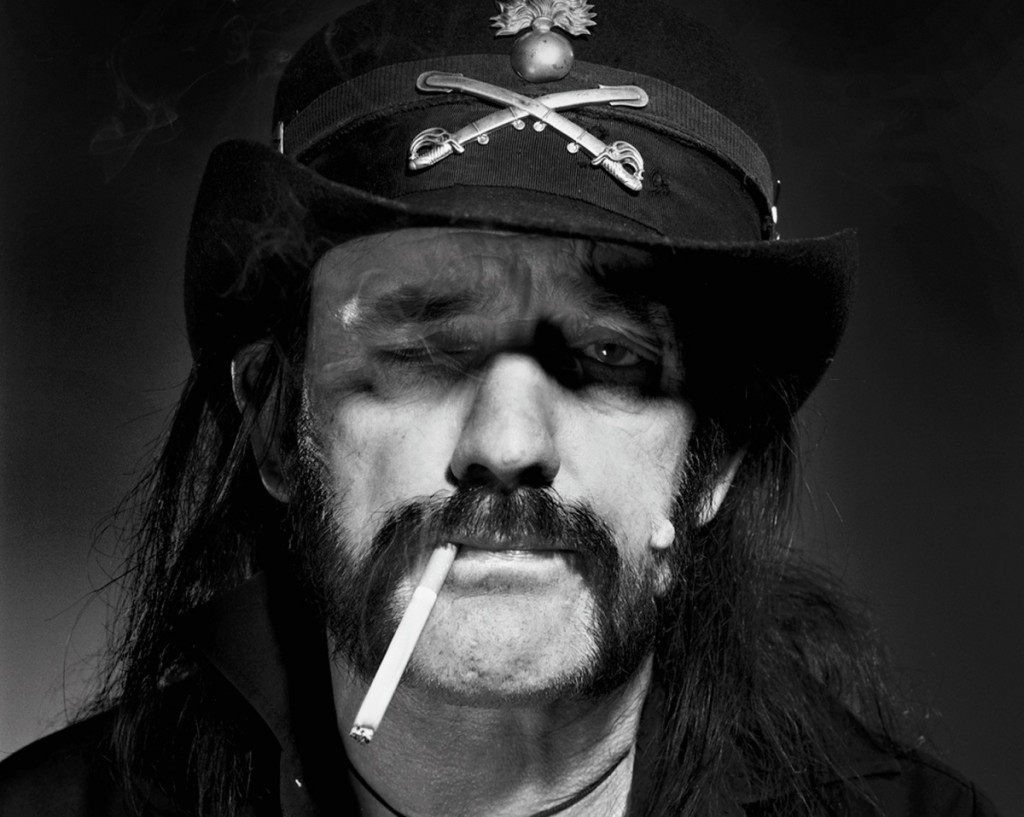 “A jumbo jet taking off from LAX is like 30 smokers smoking 200 cigarettes a day for 30 fuckin’ years. And they want me to stop smoking THIS?! fuck off”
~Lemmy

We recorded his track in Los Angeles in maybe two takes about a year and a half ago. Until then I’d never met what I’d call a real rock ‘n’ roll hero before. Fuck Elvis and Keith Richards, Lemmy’s the king of rock ‘n’ roll – he told me he never considered Motörhead a metal band, he was quite adamant. Lemmy’s a living, breathing, drinking and snorting fucking legend. No one else comes close.
~Dave Grohl “There is no x metal , no y metal , no pussy metal… Heavy metal is rock’n’roll.”
~Lemmy

He is best known as the lead vocalist, bassist, principal songwriter and the founding and sole constant member of the rock band Motörhead as well as a former member of Hawkwind. His appearance, including his friendly mutton chops, prominent facial moles, and gravelly voice, has made him a cult icon.