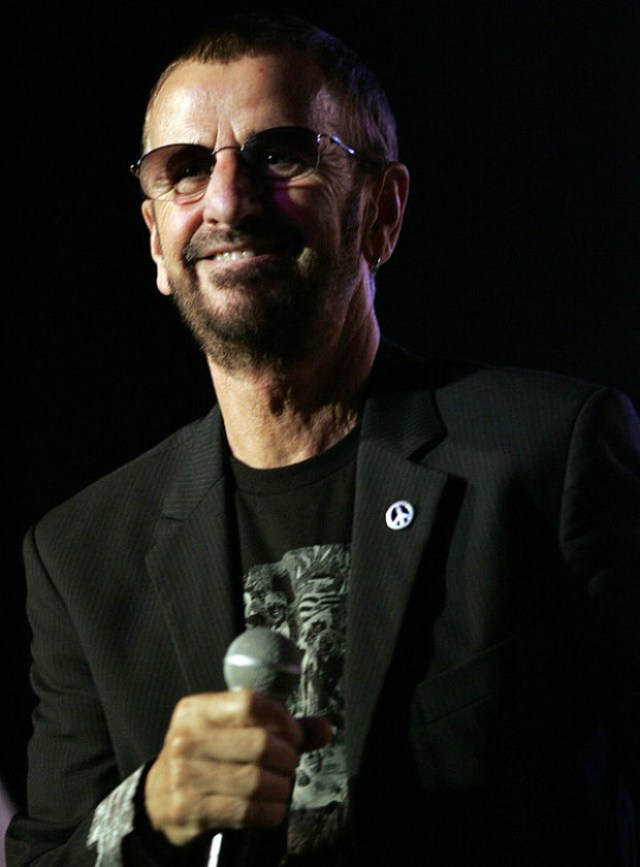 Richard Starkey, MBE (born 7 July 1940), better known by his stage name Ringo Starr, is an English musician and actor who gained worldwide fame as the drummer for the Beatles. When the band formed in 1960, Starr was a member of another Liverpool band, Rory Storm and the Hurricanes. He joined the Beatles in August 1962, taking the place of Pete Best. In addition to his drumming, Starr is featured on lead vocals on a number of successful Beatles songs (in particular, “With a Little Help from My Friends”, “Yellow Submarine”, and the Beatles version of “Act Naturally”). He is credited as a co-writer of the songs “What Goes On” and “Flying”, and as the writer of “Don’t Pass Me By” and “Octopus’s Garden”. As drummer for the Beatles, Starr was musically creative, and his contribution to the band’s music has received high praise from notable drummers in more recent times. Starr described himself as “your basic offbeat drummer with funny fills”. Drummer Steve Smith said that Starr’s popularity “brought forth a new paradigm” where “we started to see the drummer as an equal participant in the compositional aspect” and that Starr “composed unique, stylistic drum parts for The Beatles songs”.

In 2011, Starr was picked as the fifth-best drummer of all-time by Rolling Stone readers. Starr is the most documented and critically acclaimed actor among the Beatles, playing a central role in several of their films, and appearing in numerous other films, both during and after his career with the Beatles.

After the Beatles’ break-up in 1970, Starr achieved solo musical success with several singles and albums, and recorded with each of his fellow ex-Beatles as they too developed their post-Beatle musical careers. Since 1989, Starr has toured with twelve variations of Ringo Starr & His All-Starr Band.

The Beatles – Act Naturally (B. Owens):

Album of the day, Ringo Starr – Very Best of: