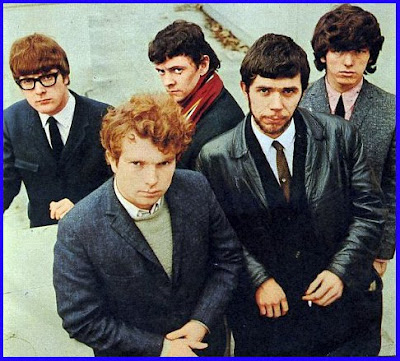 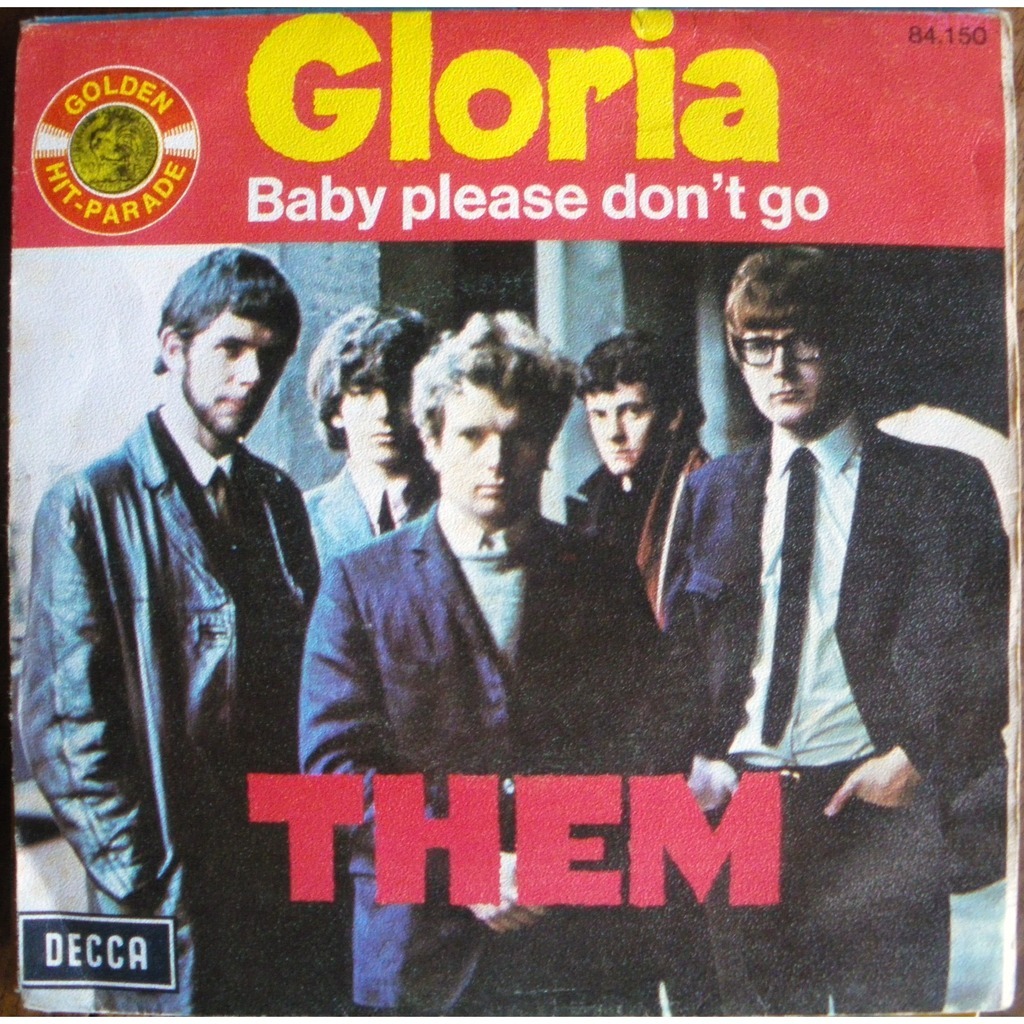 “Gloria” is a song that was written by Northern Irish singer-songwriter Van Morrison, and originally recorded by Morrison’s band Them in 1964 and released as the B-side of “Baby, Please Don’t Go”. The song became a garage rock staple and a part of many rock bands’ repertoires. It is particularly memorable for its “Gloria!” chorus. It is easy to play, as a simple three-chord song, and thus is popular with those learning to play guitar.

Morrison said he wrote “Gloria” while he performed with the Monarchs in Germany in the summer of 1963, at just about the time he turned 18 years old. He started to perform it at the Maritime Hotel when he returned to Belfast and joined up with the Gamblers to form the band Them. He would ad-lib lyrics as he performed, sometimes stretching the song to 15 or 20 minutes. After signing a contract with Dick Rowe and Decca, Them went to London for a recording session at Decca Three Studios in West Hampstead on 5 April 1964; “Gloria” was one of the seven songs recorded that day.

It was released on the album, Angry young Them in 1965.

Besides Morrison, present were Billy Harrison on guitar, Alan Henderson on bass guitar, Ronnie Millings on drums and Patrick John McCauley on keyboards. Rowe brought in session musicians Arthur Greenslade on organ and Bobby Graham on drums, since he considered the Them members too inexperienced. There remains some dispute about whether Millings and McCauley were miked up, but Alan Henderson contends that Them constituted the first rock group to use two drummers on a recording. Although some sources claim that Jimmy Page played second guitar, other sources deny this.

The beauty of the original is that Van Morrison needs only to speak-sing, in his Howlin’ Wolf growl, “I watch her come up to my house/She knocks upon my door/And then she comes up to my room/I want to say she makes me feel all right/G-L-O-R-I-A!” to convey his teenage lust. The original Latin meaning of the name is not lost on Morrison. Them never varies from the three chords, utilizing only dynamic changes to heighten the tension.
– Bill Janovitz (Allmusic)

“Into the heart of the beast … here is something so good, so pure, that if no other hint of it but this record existed, there would still be such a thing as rock and roll … Van Morrison’s voice a fierce beacon in the darkness, the lighthouse at the end of the world. Resulting in one of the most perfect rock anthems known to humankind.
– Paul Williams (Rock and Roll: The 100 Best Singles, 1993)

Robert Plant and The Priory of Brion: