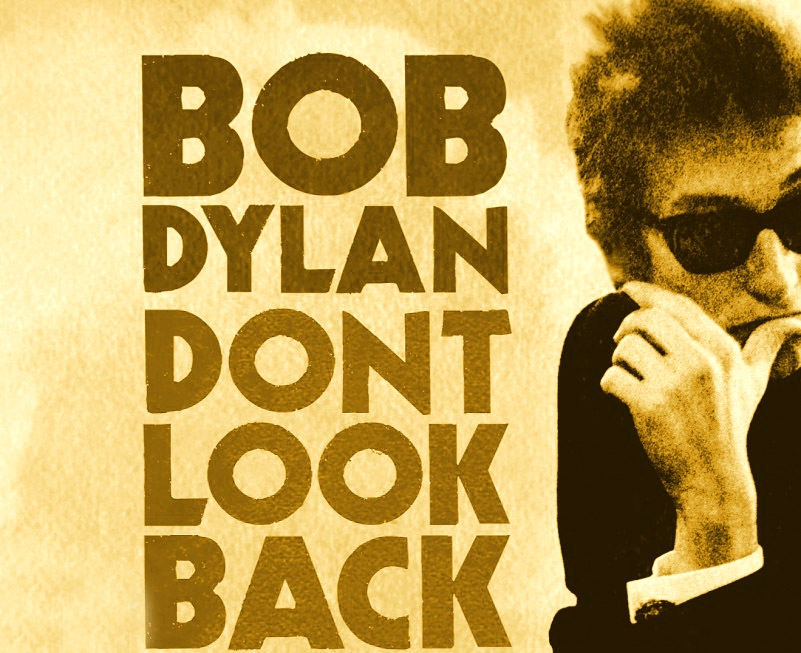 It opens with the much-copied cue-card rendition of Subterranean Homesick Blues, in which a sardonic-looking Mr. Dylan flips through cards hand-printed with words and phrases from the song while standing in an alley.

You know the audience that subscribe to TIME Magazine, the audience of people that want to know what’s happening in the world week by week, the people that work during the day and can read it, its small, alright and it’s concise and there’s pictures in it, you know? It’s a certain class of people, its a class of people that take the magazine seriously, I mean sure I can read it, you know, I read it , I get it on the airplanes but I don’t take it seriously. If I want to find out anything, I’m not gunna read TIME magazine, I’m not gunna read Newsweek, I’m not gunna read any of these magazines, I mean cause they just got to much to lose by printing the truth. You know that.
– Bob Dylan

Portrait of the artist as a young man. In spring, Pennebaker’s camera follows the 23 year old Dylan  from airport to hall, from hotel room to public house, from conversation to concert. Joan Baez and Donovan, among others, are on hand. It’s the period when Dylan is shifting from acoustic to electric, a transition that not all fans, including Baez, applaud. From the opening sequence of Dylan holding up words to the soundtrack’s “Subterranean Homesick Blues,” Dylan is playful and enigmatic. It’s a good film, but it is frustrating to not get to see more complete songs. Luckily we get to hear more music on the DVD/Blu-ray release from 2010. It also has a very informative commentary track.

The film features Joan Baez, Donovan and Alan Price (who had just left The Animals), Dylan’s manager Albert Grossman and his road manager Bob Neuwirth; Marianne Faithfull,John Mayall, Ginger Baker, and Allen Ginsberg may also be glimpsed in the background. The film shows a young Dylan: confident if not arrogant, confrontational and contrary, but also charismatic and charming. Notable scenes include:

Dylan’s romance with Baez had pretty much run its course by the time of the tour, and the film candidly captures what amounts to their breakup.

An essential film for any Dylan fan!

Eat the document – A Bob Dylan film 1972
If Not For You – A Bob Dylan Film 2019
Rolling Thunder Revue: A Bob Dylan Story by Martin Scorsese will be released on Criterion January 19 2021