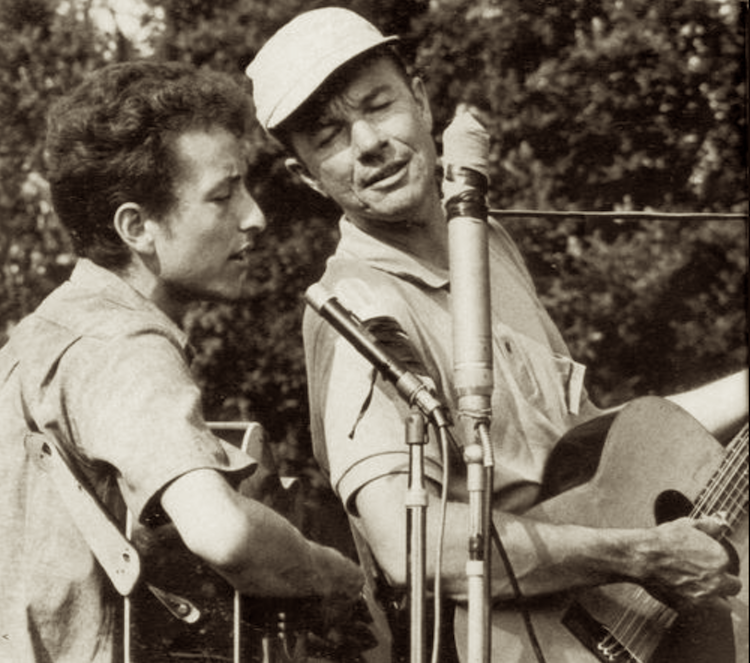 END_OF_DOCUMENT_TOKEN_TO_BE_REPLACED

Being generous of spirit is a wonderful way to live.
– Pete Seeger

As Pete and I traveled to Washington for President Obama’s Inaugural Celebration, he told me the entire story of “We Shall Overcome.” How it moved from a labor movement song, and with Pete’s inspiration, had been adapted by the civil rights movement. That day as we sang “This Land Is Your Land,” I looked at Pete, the first black president of the United States was seated to his right, and I thought of the incredible journey that Pete had taken. My own growing up in the Sixties in towns scarred by race rioting made that moment nearly unbelievable, and Pete had 30 extra years of struggle and real activism on his belt. He was so happy that day. It was like, “Pete, you outlasted the bastards, man!” It was so nice. At rehearsals the day before, it was freezing, like 15 degrees, and Pete was there. He had his flannel shirt on. I said, man, you better wear something besides that flannel shirt! He says, yeah, I got my longjohns on under this thing.
-Bruce Springsteen