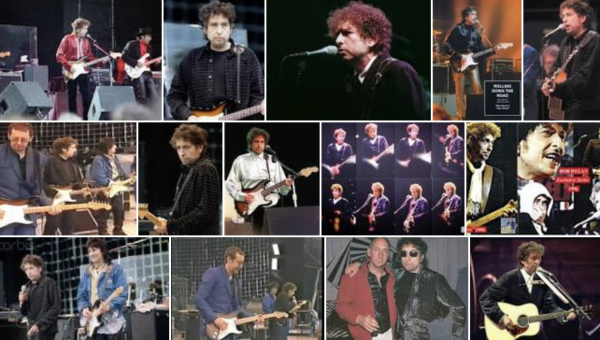 If you see her, say hello
She might be in Tangier
She left here last early spring
Is livin’ there, I hear
Say for me that I’m all right
Though things get kind of slow
She might think that I’ve forgotten her
Don’t tell her it isn’t so

Crimson flames tied through my ears, rollin’ high and mighty traps
Pounced with fire on flaming roads using ideas as my maps
“We’ll meet on edges, soon, ” said I, proud ‘neath heated brow
Ah, but I was so much older then, I’m younger than that now