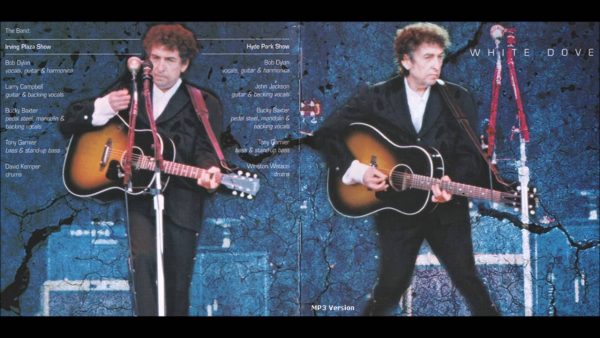 A lot of people don’t like the road, but it’s as natural to me as breathing. I do it because I’m driven to do it, and I either hate it or love it. I’m mortified to be on the stage, but then again, it’s the only place where I’m happy. It’s the only place you can be who you want to be.
~Bob Dylan (John Pareles Interview, Sept. 1997)

I do a certain amount of concerts every year. But it’s not a constant never-ending tour. A part of me doesn’t wanna do it at all. Just want to quit right away. Playing is a job. My trade. Like you’re journalists. You are heading for the next news item, I’m heading for the next town.
~Bob Dylan (London press conference, 4 Oct 1997)

Shelter From the Storm

Seen the arrow on the doorpost
Saying, “This land is condemned
All the way from New Orleans
To Jerusalem.”
I traveled through East Texas
Where many martyrs fell
And I know no one can sing the blues
Like Blind Willie McTell

Man In The Long Black Coat