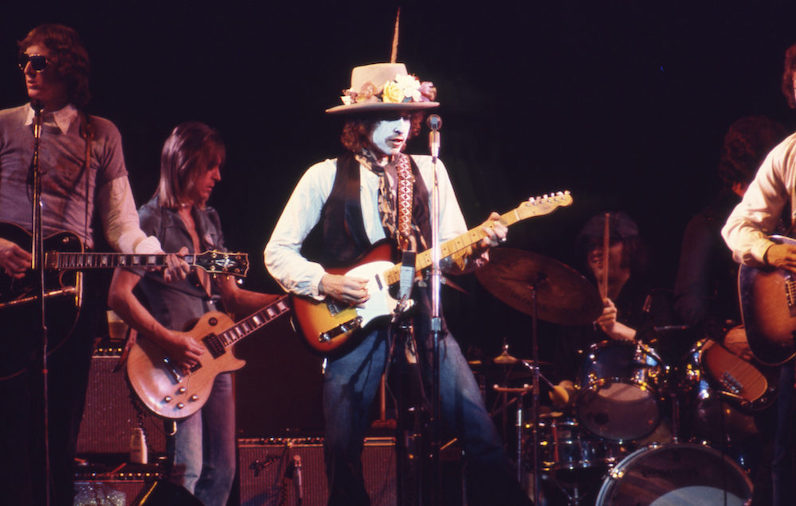 His presence burns from the video screen. His music bursts with aliveness. Anyone can see he’s being driven by some kind of primal force.
~Paul Williams (Bob Dylan: Performing Artist, Vol 2: The Middle Years 1974-1986)

Pistol shots ring out in the barroom night
Enter Patty Valentine from the upper hall
She sees the bartender in a pool of blood
Cries out, “My God, they killed them all!”

I laid on a dune, I looked at the sky,
When the children were babies and played on the beach.
You came up behind me, I saw you go by,
You were always so close and still within reach.

One More Cup Of Coffee (Valley Below)

Your breath is sweet
Your eyes are like two jewels in the sky
Your back is straight, your hair is smooth
On the pillow where you lie

Most of the Rolling Thunder concerts were great, here are some highlights.