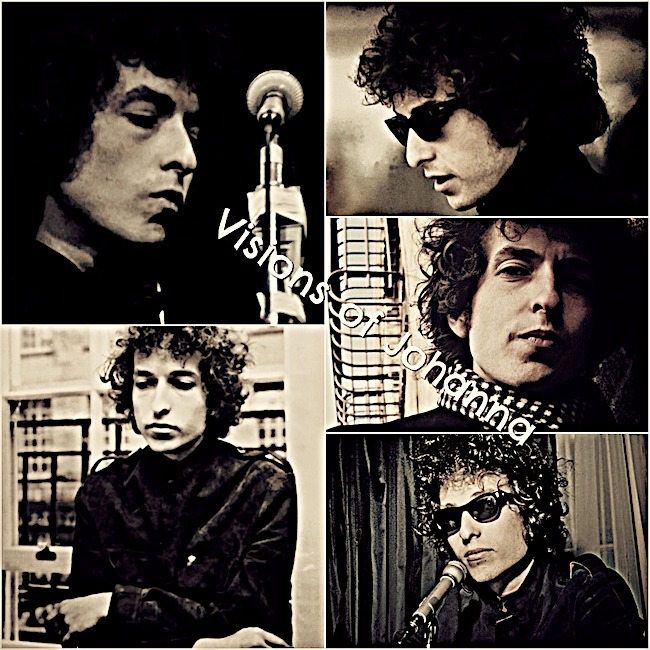 Ain’t it just like the night to play tricks when you’re tryin’ to be so quiet?
We sit here stranded, though we’re all doin’ our best to deny it

In this room the heat pipes just cough
The country music station plays soft
But there’s nothing, really nothing to turn off

Oh, jewels and binoculars hang from the head of the mule
But these visions of Johanna, they make it all seem so cruel

The fiddler, he now steps to the road
He writes ev’rything’s been returned which was owed
On the back of the fish truck that loads
While my conscience explodes