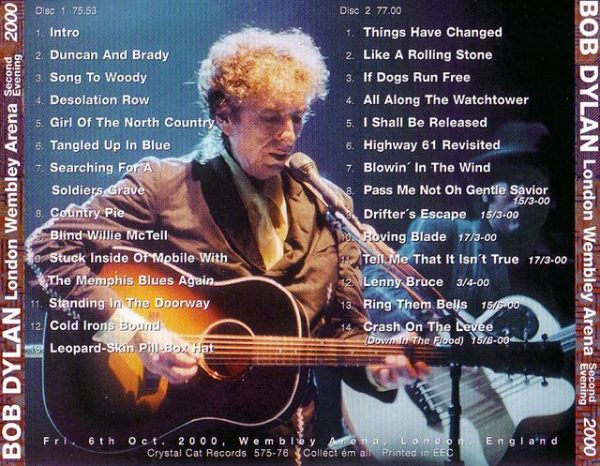 House Of The Risin’ Sun (trad.)

There is a house down in New Orleans
They call the rising sun
And it’s been the ruin of many poor girl
And me, oh God, I’m one.

Ain’t it just like the night to play tricks when you’re tryin’ to be so quiet?
We sit here stranded, though we’re all doin’ our best to deny it
And Louise holds a handful of rain, temptin’ you to defy it
Lights flicker from the opposite loft
In this room the heat pipes just cough
The country music station plays soft
But there’s nothing, really nothing to turn off

Seen the arrow on the doorpost
Saying, “This land is condemned
All the way from New Orleans
To (new) Jerusalem”
I traveled through East Texas
Where many martyrs fell
And I know no one can sing the blues
Like Blind Willie McTell

One thought on “Bob Dylan: 5 Brilliant live performances from the year 2000”