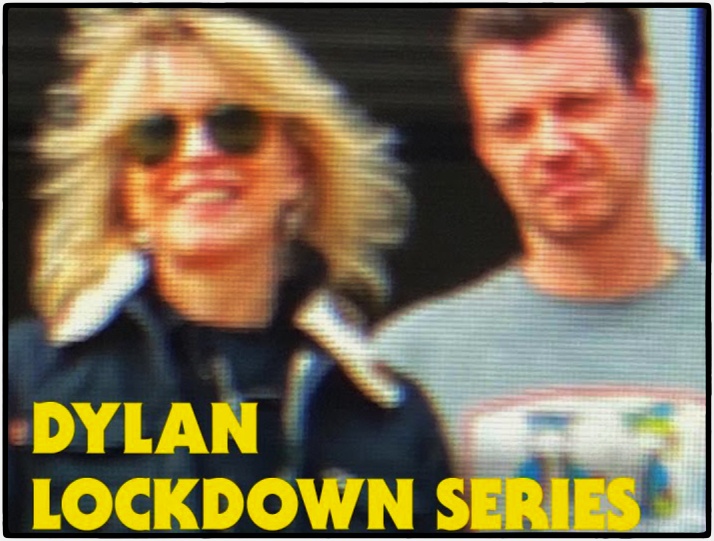 I was so buoyed up by the new Dylan songs that I talked to Pretenders Guitar playing hot-shot James Walbourne and we decided it’s a good time to do those Dylan songs we’ve always talked about doing.
Every singer-songwriter in the world covers the master’s songs and there is an endless supply of them. So we’ve started, and will do one a week until lockdown ends.

The First one is off the Shot of Love album, In The Summertime. We did it from home on our phones. I did the rhythm – sent it to James, he added guitar , sent it back to me, i put on the vocal , sent it back to him, he put on some back up vocals and organ, then we sent it to Tchad Blake to tidy up. I know you don’t need the behind the scenes details so I won’t repeat myself on the next one.

They have now  done 9 very fine Bob Dylan covers, with some nice short-films attached. I love the way sound from the short-film slips into the music sometimes.

My three favourites so far are: Tomorrow is a long time, Blind Willie McTell and Every Grain Of Sand

In the Summer Time:

Chrissie Hynde talked to Rolling Stone  and told how “I Contain Multitudes” sparked the whole idea:

“Murder Most Foul,” released in March — very early in the COVID-19 pandemic lockdown  was also an inspiration.

” I was in an odd frame of mind. It brought back my whole childhood and my past,I remembered exactly where I was sitting in the sixth grade at my desk when the news of JFK’s assassination came over the Tannoy P.A. system. Then I was thinking about Bob and how significant he’s been throughout my lifetime — and everyone’s lives. I’ve gone to see shows of his, and there are grown men, older than me, standing up, like, in tears just because he’s there.”

For her running “Dylan Lockdown Series” (now 9 songs),  she teamed up with Pretenders guitarist James Walbourne.

Standing in the doorway:

Chrissie Hynde told Rolling Stone she struggled with some elements of the series: adding her own touch to some of Dylan’s lyrics, avoiding potential negativity from hardcore Dylan fans.

I”t’s been an interesting and fun thing to do. I’m very grateful to have the time to do this, because otherwise I’d be on a tour bus right now,”
– Chrissie Hynde

Don’t fall apart on me tonight:

Tomorrow is a long time:

Every grain of sand:

Check the Pretenders YouTube channel for more Dylan lockdown covers in the time to come.