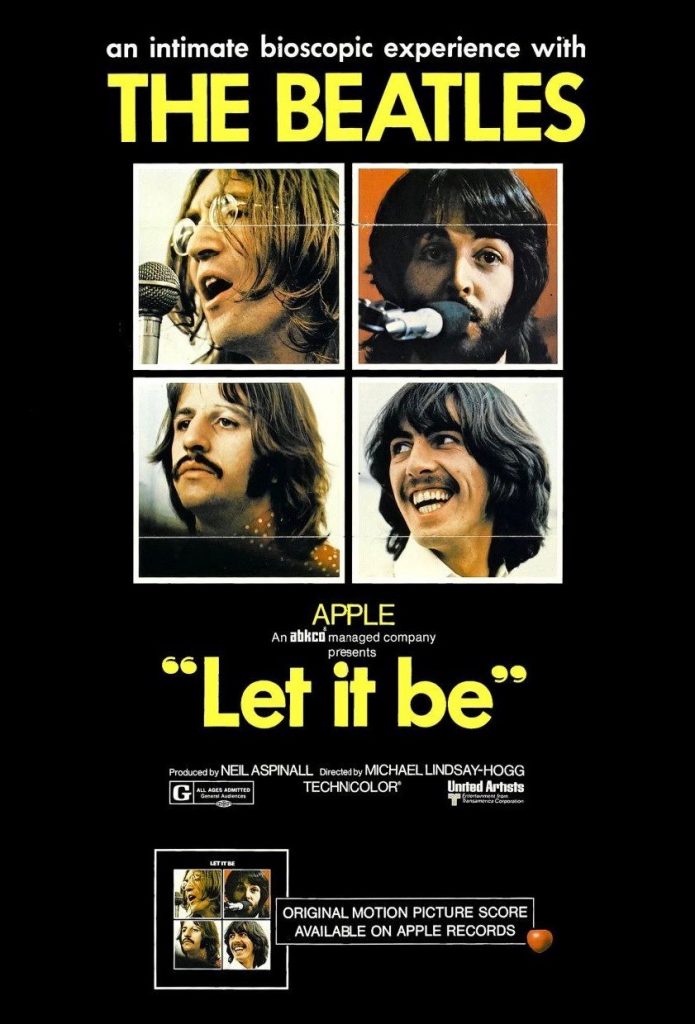 It’s a so called fly-on-the-wall encounter – the director Michael Lindsay-Hogg gave viewers an inside look at the Beatles hard at work. There’s no narration pushing the story, with only a few titles explaining what’s unfolding onscreen. Instead, Lindsay-Hogg chose to let the band’s songs and conversations propel the film forward.

The film is a bit sombre, a bit too serious and maybe it should have had a clearer narrative, a more balanced view . That said, it is immensely interesting, even if it feels like a one-sided or unstructured view of the recording of Abbey Road. The small clip that was made available from Peter Jackson just a few days ago certainly showed us a more joyful work gathering between good friends. The truth? Maybe a bit of both…

Here is a wonderful fan restoration while we wait: