“Daddy is it true that we all have to die?”

“You were so tall. How could you fall?”

In 1991 Billy Bragg released the album, Don’t try this at home.

“… (this album) was where Bragg first began to sound completely comfortable with the notion of a full band. With Johnny Marr (who helped produce two tracks), Peter Buck, Michael Stipe, and Kirsty MacColl on hand to give the sessions a taste of star power, Don’t Try This at Home sounds full but uncluttered; the arrangements (most complete with — gasp! — drums) flesh out Bragg‘s melodies, giving them greater strength in the process”
– Mark Deming (Allmusic)

It is one of his best albums and it has a eulogy to his father Dennis who had died of cancer when the singer was only 18.
It is devastatingly beautiful! END_OF_DOCUMENT_TOKEN_TO_BE_REPLACED

But among the dead that were left on the hill
Was the boy with the curly hair.
The tall dark man who rode by his side
Lay dead beside him there.
There’s no one to write to the blue-eyed girl
The words that her lover had said.
Momma, you know, awaits the news,
And she’ll only know he’s dead. END_OF_DOCUMENT_TOKEN_TO_BE_REPLACED 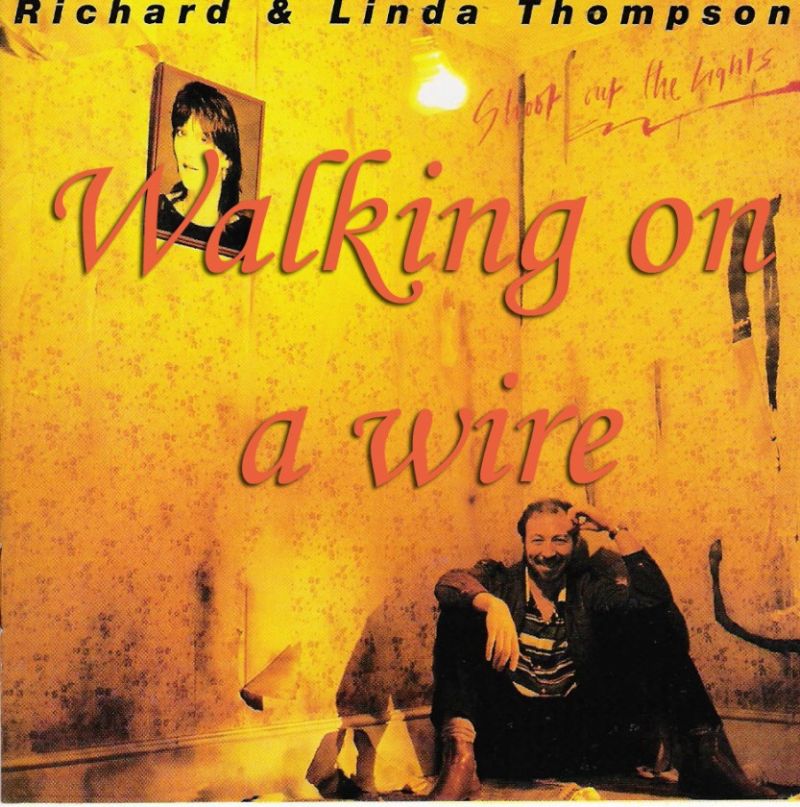 Walking On A Wire by Richard and Linda Thompson from the album, Shoot Out The Lights

The clear sound of a marriage falling apart. It is about regret and resignation but no anger, and so much more sad for it. The Album, Shoot Out the Lights was a culmination of Richard & Linda Thompson’s career together.

In hindsight, we see how their records and Richard Thompson’s texts of jealousy, rage, and betrayal lead to this emotionally  document of sadness. END_OF_DOCUMENT_TOKEN_TO_BE_REPLACED