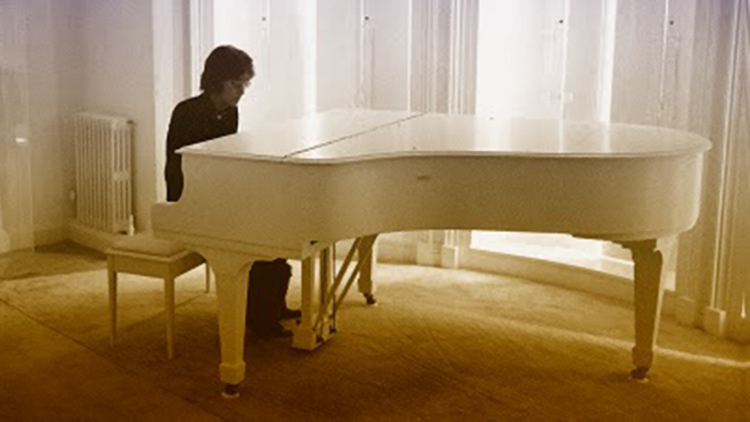 In January 1994, Paul McCartney was given two tape cassettes by Lennon’s widow Yoko Ono that included home recordings of songs Lennon never completed or released commercially. The songs on one of the tapes included the eventually completed and released “Free as a Bird” and “Real Love”. The two other songs on the other tape, marked: For Paul, were “Grow Old With Me” and “Now and Then”

“He’s like a brother. I love him, families – we certainly have our ups and downs and our quarrels. But at the end of the day, when it’s all said and done, I would do anything for him, and I think he would do anything for me.” – John Lennon (talking about Paul in his last interview, Dec 8, 1980)

In March 1995, the three surviving Beatles began work on “Now and Then” by recording a rough backing track that was to be used as an overdub. However, during the next day work on the song ended.

There was one more that we didn’t do, which was a pity. It didn’t have a very good title, it needed a bit of reworking, but it had a beautiful verse and it had John singing it. But George didn’t wanna do it.

.
There is also a video clip of Paul talking about it at the start of this video (the same demo as above but with inferior sound), Since 2006 there has been speculation that McCartney intends to complete the song, as a Lennon-McCartney composition, which Paul McCartney more or less confirms in the following clip:

There have been made a few fan-edits that gives us an idea what it could have sounded like if they finished it. I love it, it should absolutely be worked on, but it is very, very good.

Fan edit no 1 (I Like this one best, better sound):

The original lyrics by John Lennon:

I know it’s true, it’s all because of you
And if you go away, I know you (unintelligible)